David Icke, other than wearing purple tracksuits whilst (allegedly) claiming that he is the son of God, is also famous for publicising a couple of propaganda / mind control techniques that the archon use on us.

The first of these is that, if they wish us to believe a lie, they will often hide that lie between two truths.

To demonstrate this I have chosen a BBC article where the whole thread of the story is that in the run up to the 2016 US Presidential elections, a Republican created story, alleging that a Democrat Paedophile ring, being operated out of the basement of a Pizza restaurant in Washington DC, couldn’t have possibly been true because the restaurant does not have a basement.

Whilst this BBC article is not a perfect example (strictly speaking the BBC did not lie, the basement, which we are about to discuss, is in another part of the business, next door but one to the pizza restaurant) it still demonstrates the technique perfectly and has the added advantages, that is reinforces what I discussed in my article on elections, that politics is riddled with paedophilia. It also allows me to waffle on about a few related subjects in part 2, without you, the reader, having to look at a second case study.

The BBC were correct; thousands of people were convinced that a paedophile ring was operating out of a pizza restaurant. True Fact.

The BBC were correct; nearly a million messages had been sent on Twitter, the month before, using the term “pizzagate”. True Fact.

A man had turned up at the restaurant with a gun. True Fact.

It then, however, slips in an unproven allegation:

It is the BBC’s opinion that the sex ring was ‘dreamt up’, not a provable fact.

Soon after, followed by a quote from the restaurant owner that appears to be him saying an outright lie:

“We don’t even have a basement.”

We know from two previous interviews, in Metro Weekly and the Washington Post, that Alefantis, the owner of Comet Ping Pong pizza restaurant, claims to store his tinned tomatoes in the basement of his other restaurant ‘Bucks Fishing and Camping’ 2 doors away. 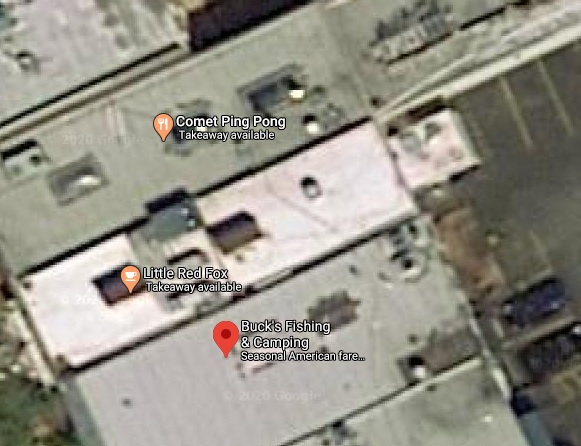 Ickes theory is that, because the article has backed up all the vast majority of their facts, the reader won’t notice the hidden unproven allegation and apparent lie, hidden amongst them, and so will automatically accept these as truths without thinking about them.

It is always worth paying attention to when news story’s use quotes to state alleged facts, rather than just stating the alleged fact. If this story, for example, had stated that Alefantis’s business did not have a basement, people like myself could have reported the BBC to the press complaints authority for lying. However, by quoting Alefantis, the BBC still get the point across to the reader, yet cannot be criticised as they are not directly lying.

This article continues with part 2 where I make some further observations on the implications of this BBC article.

First published on 20th April 2020 with the following introduction:

I have a backlog of about 10 articles which I wrote in India. I shall try my best to get one published each week.

Unfortunately, we are starting with a couple of weeks looking at politics and tricks of the press. It is worth persevering with though as it builds the foundations for what is to come in the weeks ahead when I shall be travelling to some great places.